“There are two places in the world that men can most effectively disappear – the city of London and the South Seas.” – Herman Melville

I don’t know about the South Seas, but after 4 nights in London I can definitely vouch for that portion of the quote. Our time in London was filled with awe and wonder along with a healthy dose of over-stimulation and frazzled-ness. Or put another way, there were times we wanted to escape the crowd, like the woman in the foreground at Portobello Market below. 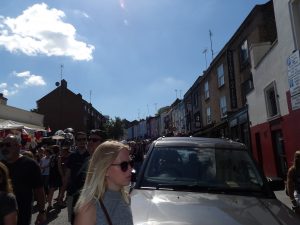 Fortunately, we had the most wonderful respite from the rush of people in our Notting Hill flat. The scene was so idyllic that I half-expected Hugh Grant or Julia Roberts to pop out at any time and carry on with their “I’m just a girl, standing in front of a boy” conversation (for any Notting Hill fans). The stark contrast between the quiet and calm of our street (pictured below) and apartment compared to the rush of noises and smells that immediately hit us when we walked onto the main street a half of a block away really struck us.

In any case, I wanted to outline a few of the things that we learned in our too short time in the great city of London. (Val and Brent I’m making this a ‘top 5’ format for you) 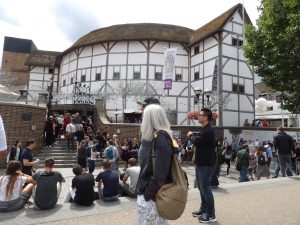 Shakespeare Globe prior to ‘The Taming of the Shrew’

3. Just walking around and discovering new neighborhoods, restaurants, and people-watching is plenty of adventure for many, many days in London. There is a bit of pressure on entering a great city like London to see all the great sites. But the reality is, with only 4 nights there was really only so much that we could do, and upon arrival we were still pretty tired from jet-lag and our thrilling adventures in Iceland. So we decided not to script too much into our days.  That is, other than finding coffee (more on the coffee later). 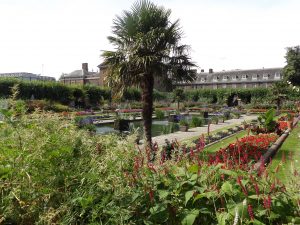 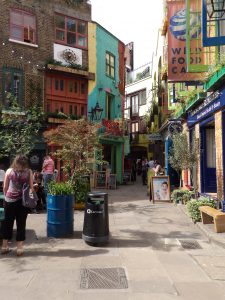 Tower Bridge with glass of wine

4. Proximity to a main Tube station was sooo helpful! After a long day, the last thing you want to do is walk to a bus to a Tube line to another Tube line and then a long ways to your location.  From that last picture above (near Tower Gate) we walked a few minutes to Tower Station, hopped on the Circle Line, exited the Tube at Notting Hill Station and walked 2 minutes to our apartment.  Basically it took us just north of half an hour to go about 7 miles across London on a Friday night.

For those of you who haven’t been to London, “Mind the Gap” in the title refers to the gap between the train and the platform that you will hear countless times in London.  In fact, you hear it so often that I wonder if people really even pay attention to the meaning anymore…

5.  Food in London is amazing, coffee not so much. (Of course we are basing this on a small sample size.) I’ve heard in the past that the food in London wasn’t great, but it seems as though a huge foodie revolution has swept through the city.  Within 15 minutes of our flat we found some amazing meals.  Thanks to a couple of stops at a Notting Hill restaurant called ‘Randa by Maroush’, I am now officially obsessed with Lebanese food.  The hummus there was so delicious that I consumed an entire plate of veggies multiple times (yes, even the dreaded carrot – vile weed).

On the other hand, there is coffee – or whatever the liquid is that they actually serve up in London that goes by the name of ‘coffee’. Every coffee that I had was mostly cream with a slight hint of something in between coffee and tea – and not good at all.  I’m interested to hear if some of you have had different experiences?  (Keeping in mind that we are from the snobby coffee capital of the world, Seattle.)

Bonus:  Random things that are not a thing in the UK but are in the US (and vice versa).

Dryer sheets:
US – can’t live without them
UK – why would you need these? (thanks David for the heads up on this)

Window screens:
US – of course, what would we do if bugs got in
UK – absolutely not (even though there are plenty of bugs)

Card chip readers:
US – about 6 years late to the party
UK – we’ve been doing this a long time!

Ability to dig underground tunnels:
UK – first started thinking of tunnel system in 1802, current working Chunnel for the last 20+ years
US – well, for Seattle there is Big Bertha still “tunneling” a few miles from where it started 5 years ago

Does anything else come to mind for you, the reader? Please comment if so.

Overall we had a great time in London.  It is an exciting, bustling, overwhelming place that deserves a lifetime of exploration – certainly more than we could do in 4 days. Below I have a few additional pictures, which also included a super-fun day trip to Bath and Stonehenge. 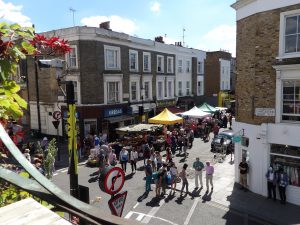 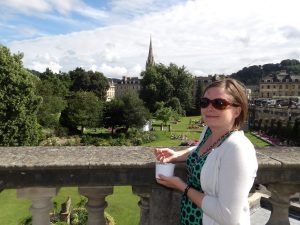 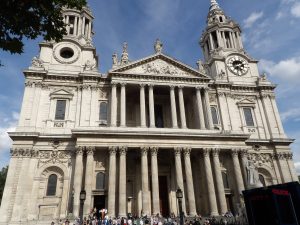 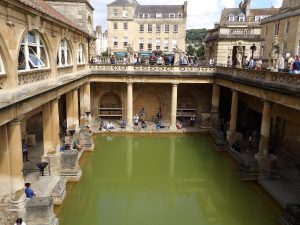 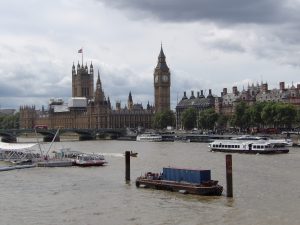 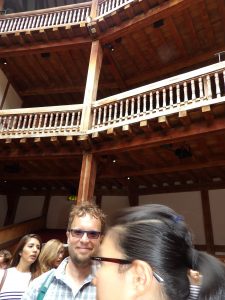