Looking back on our 5 days in Budapest, I’m struck by the sometimes irreconcilable tension that we found in a city with an ‘up-and-coming’ feel in the midst of a mostly poor country that doesn’t seem to know if it wants to run away from or embrace parts of its history.

In a way, the country known today as Hungary has always been an victim of unfortunate geography, caught between East and West. Hungary has rarely been given a choice on which side to back in conflict, usually because they are occupied by one force or another at any given time. Or they are simply unlucky, as was the case in WWII when they turned from the Germans only to be liberated and then occupied by the Soviets for 40+ years.

Although most of the city is beautiful, there are still remnants of Communism everywhere. You can see this in the picture below, with the grandeur of St. Stephen’s Basilica interrupted by the state-run apartment complexes in the foreground, created in the Communist era to overshadow the cathedral and allowed to stay post-Communism as a visceral reminder of the Soviet regime. 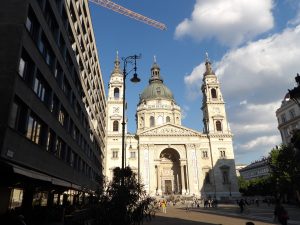 But the question that remains is what these reminders actually ‘remind’ Hungarians of – the more oppressive years of Communism (post WWII-early 60’s), or the later years commonly referred to in Hungary as ‘Happy Communism’, when, as a result of an earlier uprising Hungary entered a much-relaxed Communist phase that lasted until 1989? After the fall of Communism, unemployment and other previously unknown problems started to appear, and since that time the life of an average Hungarian (especially outside the city) hasn’t improved much.

Which brings us to today, and why walking around Budapest one feels very much in the midst of an unfinished story that could shift (for better or worse) at any moment.

On the one hand you have the astounding rise of the Jewish Quarter over the last decades, going from a slum with a harassed Jewish population during the mid-20th Century to the most happenin’ place in the city filled with great restaurants and coffee shops, ping-pong, and ruin pubs.

What is a ruin pub, you ask? Well, even after experiencing the original one, Szimpla Kert, I’m not sure I entirely get it. But basically post-WWII there were a number of abandoned buildings in the Jewish Quarter that were just left to crumble. Starting around 2001 people started to just move in to some of these buildings as is and set up shop, bringing in all sorts of eclectic furniture and letting artists have their way with the place, resulting in the most unique and eclectic bar scene I have ever experienced. 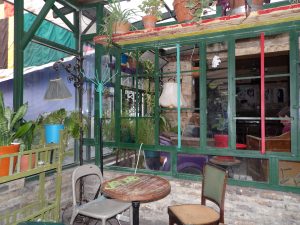 inside a ruin pub 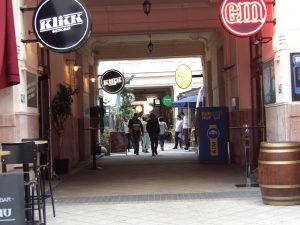 On the other hand, you have these images below, which include (from top to bottom) a significant, still-standing monument to Soviet troops, a 7-foot statue of Ronald Reagan, and the perspective from behind Reagan, looking at the monument (and in the still-further distance the United States Embassy). 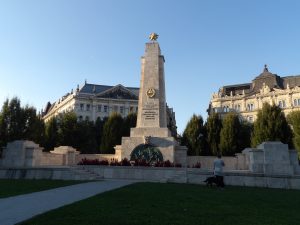 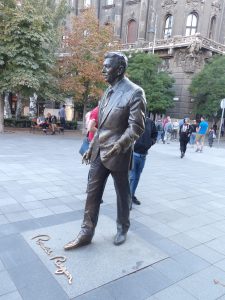 Ronald Reagan was not 7 feet tall 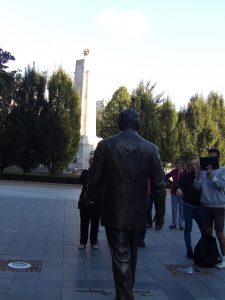 Why is the monument still standing? Well, according to our guide, Hungarians are still quite a bit beholden to Russia for oil (although I’m sure it’s more complicated than this), and therefore opted to keep the monument, which happens to be right outside the window of the US Embassy. The US wasn’t pleased about this, so in 2011 the US government ‘gifted’ the more-than-life-sized Reagan statue, who is metaphorically ‘watching over’ the monument, ready to strike if Communism rears its ugly head.

I have to be honest though, the positioning of the statue and distance from the monument doesn’t leave one with the impression that the US got much of a concession here.

This really highlighted for us the tug-of-war that Hungary still seems to be caught up in, both between world powers and within itself. It’s well known that the more extreme political views, which include some anti-semitic and ultra-national undertones are becoming more popular in Hungary, leading me to wonder if this country is heading down some pathways from their past that will result in a replay of history.

As you can tell, we were really affected by all that we learned and saw related to the history and present-day implications. But mostly, we just had a great time. I have just a few things that were amazing that I must point out, which of course are in the form of a top 5 list.

Feel free to check out some more pictures from our time in Budapest below. After Budapest we made a quick swing back through Croatia (which I’ll blog about later) and are heading tomorrow to the French Alps for 10 days. Onward! 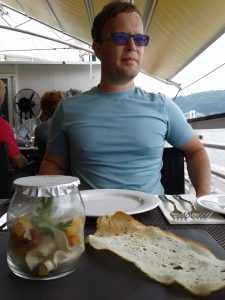 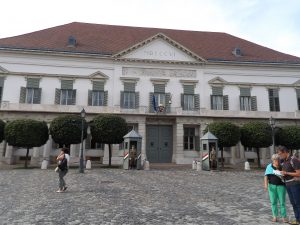 the President’s Office – not much security 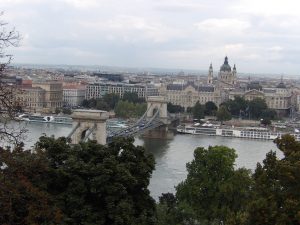 looking down at the Danube from the Castle District 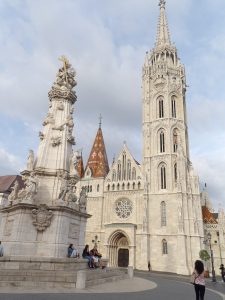 in the Castle District 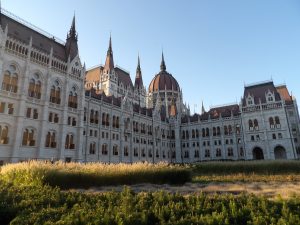 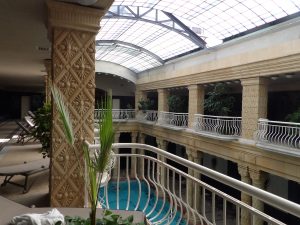 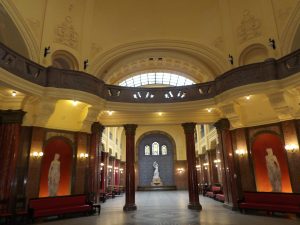 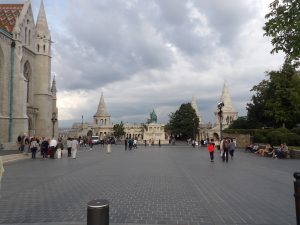 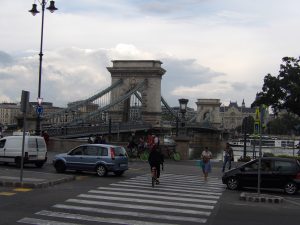 one of many cool bridges 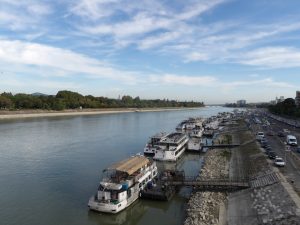