When we first set out to plan our trip, I had an assumption; that we would be able to travel throughout Europe as we please for the length of the trip, easily passing from one country to another with barely a shrug from non-existent border patrol agents.  That was until a chance conversation at a birthday party in which we became aware of the three words that would forever alter our travel plans: The Schengen Area. 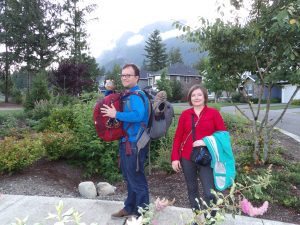 In North Bend, before our Schengen clock started

“The Schengen Area” – that’s a Tom Clancy suspense thriller, right? Nope. Who is this Schengen? No one, it’s a city in Luxembourg (yes, this is a country).  After a bit of digging I discovered that it is currently comprised of 26 European countries, and it essentially serves to limit the amount of time people from certain countries can spend within its borders without an additional visa (specifically 90 days within a 180-day period for US citizens).

As I learned about this my inner dialogue began. We’ll call this the denial phase. 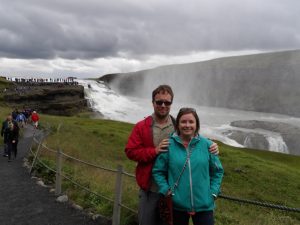 In reality, one could try to skirt the system and stay longer in the zone. Just like doing 85 in a 70mph zone you would probably not be caught and be able to get back safely home with an unblemished passport.  Personally I don’t want to get on anybody’s list unnecessarily, so we’re going to abide by the agreement, albeit by one day.

Once I got through my protestation (or denial) phase and onto acceptance, I started to view it as an interesting problem that would require me to unpack my super-creative travel planning skills (well let’s not get carried away). Starting on July 30th of this year we were looking at 114 days in Europe – which meant that we needed 24 days completely out of the Schengen.  The first 9 were easy to find as we had already planned a route through England and Scotland (surprise, surprise, the Brexiters are not part of Schengen). So that left me with 15 additional days to plan outside of the Schengen.

Back in the UK, where the Schengen clock stopped for the first time 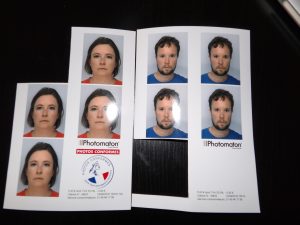 The Schengen clock started again in France. Not the reason for the sad faces however (read the “1st day in Paris” post for details)

The answer, at least the one we chose, was Croatia. You’ll recall that we had a great time in September in Croatia, first on the coast at Zadar and then with our new friends Alex and Sandra near the Slovenian border. Note that Croatia is eventually slated to join the Schengen, so at that point we’ll need to look at places like Montenegro, Albania, etc. (or outside of Europe entirely). 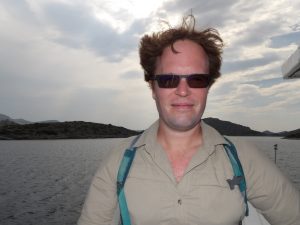 In my happy place out of the Schengen Area in Croatia 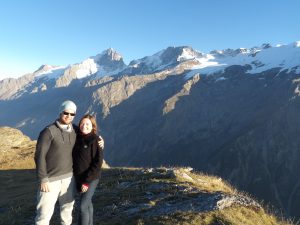 In the end, getting our Schengen stay to fit within 90 days turned out to be a creative problem solving challenge, one that I was all-too-happy to accept. I’m happy to say we’ll be skidding in to the Seattle runway and greeting our dog (and of course, family and friends) later in November with 89 Schengen days under our belt! 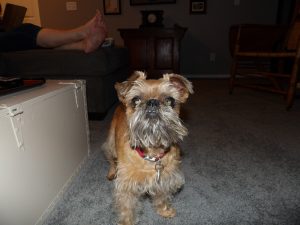 our little one, Cammy, anxiously waiting for us

But again, back to the fact that we were limited to the Schengen-area goodness for 89 days. It doesn’t seem so bad, right? But what if it changed, and instead (for example) the EU limited the amount of Americans coming and there was a lottery to decide who could come to visit? We have a lot of national discussion about limiting our borders, but at the same time I think we assume that we have earned carte blanche access to the rest of the world. Our experiences here in Europe have shed some light for us on the tension that exists between allowing and restricting free movement of people across the planet; allow me to explain.

Last week, while in Florence, we witnessed a cop basically beating what appeared to be a defenseless woman with a stick. We were ushered away from the scene quickly, and unfortunately with the language barrier we couldn’t figure out what was going on. We went into a store and talked to the storekeeper about it. After her first response, which was “I thought these things only happened in your country”, she explained that people were getting increasingly frustrated as thousands upon thousands of refugees pour into Italy on a weekly basis from Syria and other nations. As the government struggles to service this displaced population, oftentimes the native Italians aren’t getting the timely support they need. (Her assumption was that the lady may have been a part of a group of immigrants causing problems.)

If the storekeeper is right, Italians are extremely frustrated, but are they building a wall? Are they turning away boats? No – their first reaction is to save the migrants (example here), and figure out the specifics later. I’m proud of the Italians (and Germans, and others) for this ‘save first’ reaction in the face of human suffering. I understand that there is discontent brewing in these countries, which is to be expected, but if we have to choose compassion or turn away suffering people, I say let’s choose compassion and let the chips fall where they may.

Part of what we hoped to understand by visiting Europe is how the world (and specifically Europe) is viewing the US through this chaotic election cycle. The first thing we noticed is that they are all watching closely (in some cases even closer than we are). Many people have expressed to us a lack of trust in US intentions and confusion about its policies, evidence to me that our involvement in Iraq and other places has had long-lasting effects. To the world, the discussion in our country appears to be more about protecting, limiting, and building walls (and not just metaphorically).

We’ve also talked to British residents who are traveling and working around Europe. The younger generation (let’s call them Millennials although my wife and I currently have a dispute whether I am one) is used to freedom of movement, seeking out opportunities in different and diverse lands, and being able to carve out a niche in life beyond their borders. Now, due to a number of reasons they are questioning whether in 2 years from now they will be able to do the same, or if their freedom of movement will be radically altered. They are bewildered at the choices the (mostly older) people in the UK have made.

You see, working towards closing down the British connection with the EU has the confounding effect of limiting its own people, particularly the youngsters that should represent the future of the country.

In the US, we talk a lot about building walls and limiting quotas, but if closing the world out is our focus than we will inevitably close ourselves out from the rest of the world; we can’t have it both ways.

I understand that we can help people throughout the world in other ways that does not involve our immigration policy. And I also understand that all immigrants are not in the same situation as Syrian refugees, who are faced with an impossible choice of dying from starvation or jumping on a less-than-seaworthy boat. I’m simply saying that I’m not sensing compassion in our national discourse when we talk about ‘others’.

I’m not convinced that the result of tomorrow’s presidential race is going to make the key difference for us. I think our future is going to improve only if we change the conversation and operate from a stance of compassion instead of fear, of acknowledgement of the past versus defensiveness, of excitement to work together versus pride to stand alone. 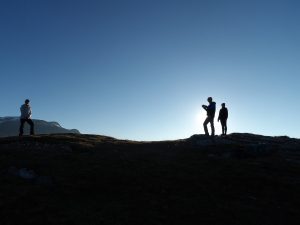