The voice of the Google lady emanates from my phone, butchering the pronunciation of every other word: “Continue straight on Calle Jamerdana (said with a hard J), and then continue straight on Calle Mateos Gago”, “Turn right on”…turn right where!?! Silence (while the phone is presumably recalculating). I stop the car and realize I need to back up. An elderly couple who doesn’t realize the danger they are in shuffles behind us. A pair of motorcyclists take the non-existent space on our left and pass in a flash. A group of Chinese tourists burst on the scene in front of us. Sweat starts to trickle down my forehead – why did I not take my sweater off! And this was only the beginning…

Instead of realizing that Old Town Seville is simply not meant to be penetrated by a car, we go further. The streets get narrower. On multiple occasions tourists having lunch have to move their seat so the car can pass. Every street looks the same. GPS is officially lost. Several times we get into such a narrow set of streets that we’re not sure if we’ll be able to get out. Wait…the road is opening up ahead of me! Oh crap, that’s a pedestrian-only square, and now a Spanish guy is wagging his finger in front of me. He tells me to go to some unintelligible place in Spanish for parking. A crowd of teenagers is laughing at us. I don’t know whether to abandon the car, cry my eyes out, or say the rosary: this is the most stressed out we have been in 4 months.

After 2 hours of this and at least 2 complete loops through the Old Town (I’m not exaggerating), we finally see the ‘P’ for Parking, and the nightmare known as our first afternoon in Seville mercifully ends. I ignore the temptation to immediately check myself into the nearest hospital, and instead we sit in the car in silence while our collective blood pressure gradually subsides. I’m not joking when I say we haven’t gone to get the car in the 3 days since; we needed time away from the car and I’m quite sure the feeling is mutual. 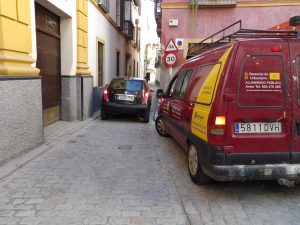 this is one of the streets we went down…chaos!

So I bet you’ll be surprised to learn after 3 days in Seville, both Terra and I think that it’s our favorite city in all of Europe that we’ve experienced on this trip! Read on to find out why. And never, ever, put your complete trust in Siri or her ilk. 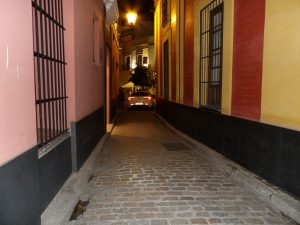 another fun street…just looking at this makes me stressed

If you’re like me, you haven’t really thought of the flamenco much. It’s just another dance, thought I. Boy was I in for a surprise. 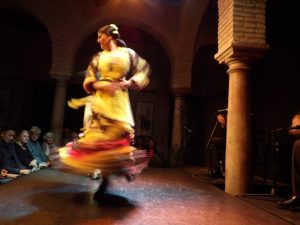 We met a local who tipped us off to the best flamenco spot in town, which is the Museo de Baile Flamenco. In this case their were four performers and all of them were essential – the female dancer, the male dancer, the guitarist, and the singer. We were fortunate to get 1st row seats. As our new local friend talked us through the history of flamenco, we were somewhat excited to see the show. But the performance over the next 60 minutes didn’t just entertain us, it absolutely blew us away like no performance we have ever seen. 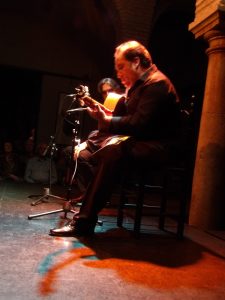 guitarist and singer…both were amazing

It’s important to understand a couple of things about flamenco:

1) Flamenco originated from the ‘outsiders’ of society, which in this case included folks like gypsies who were actually kicked out of the city because they weren’t Christian and forced to settle across the river. Flamenco started as a form of protest, which is why you see the melancholy and intensity of emotion (including some joy) in the music and the dance.

2) Andalucia (the birthplace of flamenco) was ruled by the Moorish Empire (which was Muslim) until the 15th century in places like Granada (and a couple of centuries earlier in Seville), and you see this Arab influence all throughout the city. The songs themselves carry a distinct Arab quality to them as a result. 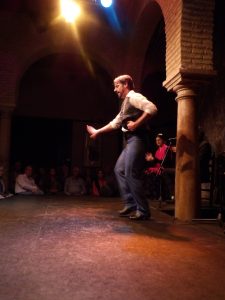 At various points I was transfixed by each of the performers. The dancers were so masterful, so skillful that I couldn’t believe my eyes. They were violently stomping, tapping, twirling, flinging sweat into the crowd (kind of gross). It wasn’t pretty, but it was absolutely beautiful (if that makes any sense). The guitarist was out of this world; his fingers were able to fly across the frets and he created an amazing burst of song and energy out of his instrument (and to think that’s the same instrument I can barely get three chords out of). The singer, with the Arab-style quality I mentioned, was amazing. He sounded and looked like Cat Stevens, and I’m really not convinced that he wasn’t at least a relative.

Individually they had astonishing talent, but the collective energy is what really made it special. I can’t say enough about our experience, and it was definitely a ‘Top 5’ moment out of our entire trip so far.

There is not really one thing that makes Seville so special; it’s everything together. Here’s a quick list: 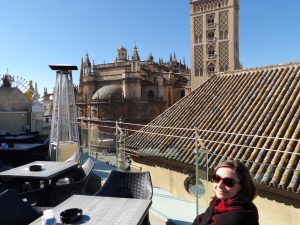 rooftop deck #1, Cathedral in the background 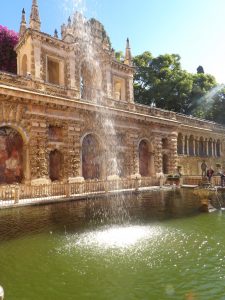 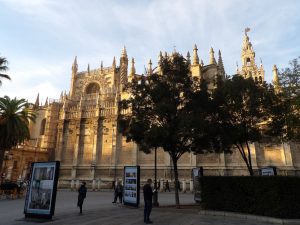 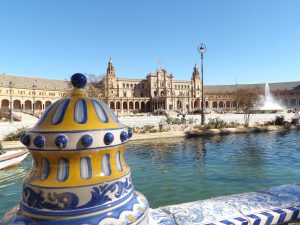 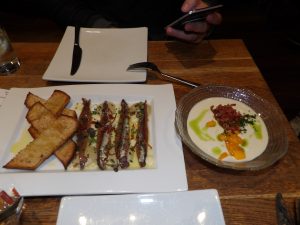 Of course we may have a different impression if we were to come in July, when it’s 110 degrees Fahrenheit! But you are only half an hour away from the beach. 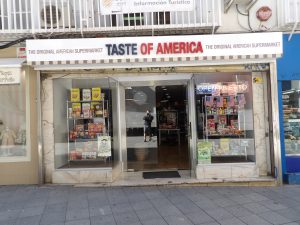 The Taste of America…really? Too frightened to go inside.

Next time you make your way over to Europe, as long as it’s not in the middle of summer, we highly recommend making tracks to Seville. As long as you stay away from driving in the Old Town, you’ll be fine.

Next we’re heading to the Pueblas Blancas as we continue our tour through Andalucia. Check out some pictures below! 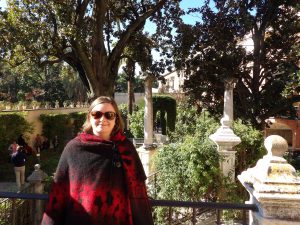 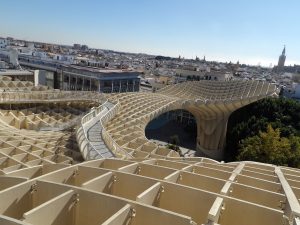 Metropol Parasol, a piece of modern art in an ancient city 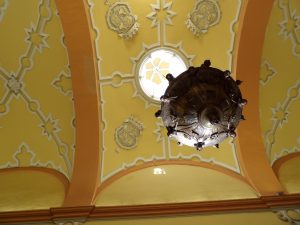 from inside the Alcazar, looking up at a ceiling 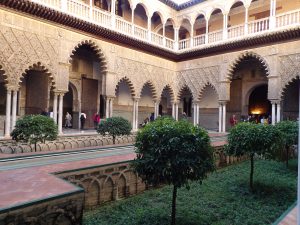 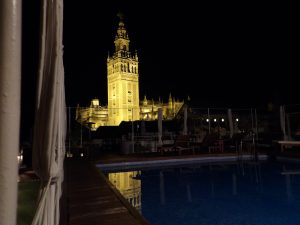 rooftop bar #2 looking at the Cathedral 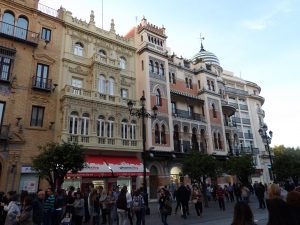 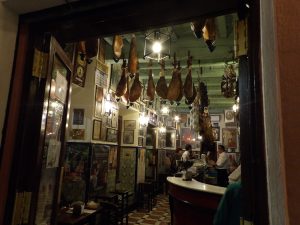 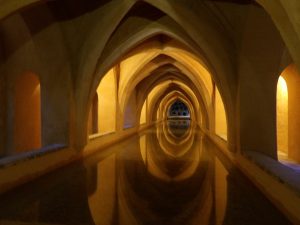 the baths of Alcazar