We realized a long time ago that the mortgage will always be there, the career will change, your friends will change, so why not do what you love. – Martin

I met Martin and Sue Alemann about 4 years ago through Slalom Consulting. It’s safe to say that getting to know them has forever changed the trajectory of our lives, and in fact their influence is truly the impetus behind our life-altering travels.

From the moment we met them, we have been enchanted by their tales of adventure. But it’s so much more than the adventures that draws us (and many other people) to them; it’s their passion for life that is obvious in every interaction, generosity that extends not only to their friends but to the world around them, adoration for each other, and overall Zen-like state of being. Their viewpoint on life is expansive, not limiting. They truly have an open-door policy, and we are so grateful for all the time they’ve spent with us to help guide us through major life decisions.

After you read the guest blog below, if you’d like to read more about the Alemann’s adventures in Africa you can purchase Martin’s book on Amazon. It is quite the read, I assure you!

As with Chad and Emily Ridout (see the previous guest blog), we are lucky enough to meet up with Martin and Sue during our European adventures later this August in Paris. We can’t wait to see them and swap some more stories!

When Nate asked me to write a piece for the Joy Adventuring blog, I had to do some reflecting on what adventuring actually meant to me…

It was an interesting internal argument I had with myself, as I don’t see our family as being overly adventurous… but then in context… maybe we are…

Let me explain, we are from the land of the long white cloud, New Zealand, and travel and adventuring is simply part of everyone’s DNA.  There are few people that get to their mid 20’s and cannot tell you a few stories about adventures in Asia, Europe, or elsewhere.  This is called the big OE (Overseas Experience).  People that have not done their big OE are always received with a quizzical look from other kiwis, wondering what is wrong with them.

Sue and I did our first big adventure a couple of years after we got married.  Our trip took us through Asia, the Indian subcontinent and then through Europe.  We spent 6 months with a back pack, a camera, very little money and certainly no internet, google, email, snapchat or facebook!

Communicating home was via snail mail, and looking for a place to crash for the night was by walking every street in town until we found a sign with a vacancy.  Interestingly, this led us to stay in a brothel more than once, as the only place with vacancies.   A little noisy, but better than sleeping on the streets.  In some countries, also the safest as the place of business was well protected. 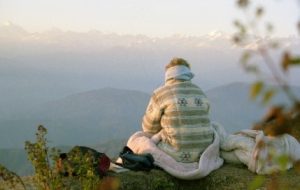 Being 6’5” with a blonde wife in the Asia, India, Nepal and Egypt made us look like the obvious tourists, so blending in was… well, hard to do.  So going through my thoughts about adventuring, this was probably the moment that I thought maybe we are adventurous… or maybe just crazy.  Every single day on this trip was an adventure in itself, it was hot, dusty, smelly and … very foreign.  The language, the culture, the smells, the faces, the clothing and certainly the food.  We had no real plan, just a few places we really wanted to see so getting there was a challenge. 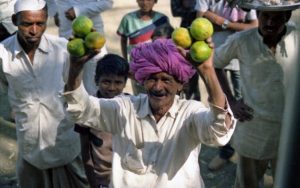 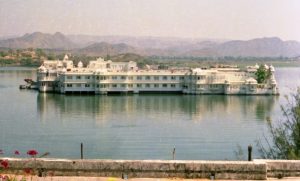 We arrived in the UK with about 50 Stg and had to quickly get a job in order to make our way back home.  We managed to sleep on a friend’s floor for a few days and landed a role in London.  Worked for a couple of years and decided to go back home. 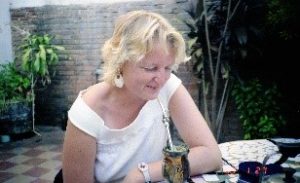 But the adventuring bug had well and truly taken a grip and we had the unusual choice of travelling for 12 months through South America, or going home and pay off the mortgage!  Being sensible level headed 20 somethings, we took off for one of the most amazing trips we have ever had through every country in South America.  Again, back packing and going through places that were not in anyone’s tourist guides at that stage. We were threatened by the Shining Path, canoed on the Amazon River, walked the Inca Trail, marveled at the Iguazu Fall, transfixed on Perito Moreno glacier and ate steaks the size of our heads. 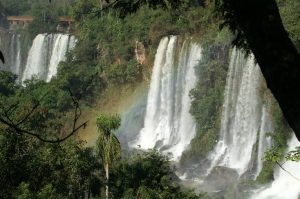 We arrived broke to New Zealand and had to start over again.  Look for a job, get settled in and so on. We had our two wonderful girls in the next two years and settled down for seven years before the next adventure came knocking on our doors. 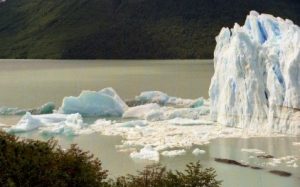 An offer appeared out of nowhere to live and work in Switzerland for a while… so what better excuse to scratch the itch than a safe adventure in the land of cheese, cream, chocolates, skiing and cuckoo clocks!  Switzerland is an amazing country, and blessed with beauty, order and four official languages, none of which are English! 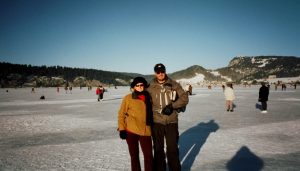 We lived in a small village near Lausanne and immersed our girls into the local school system, forced to master at least one of the new languages.  Sue and I learned the hard way: lessons, lessons and more lessons. Not all with a text book, some real life embarrassing moments of thinking we were saying one thing, but soon realizing we had screwed up, by watching the expressions on those around us.  We laugh a lot, and a lot at ourselves, but the French language is now our friend.

Our four years in Switzerland were a whirlwind of adventures throughout Europe… and why not – lunch in France was 45 minutes away, dinner in Italy 1 hour and a beer in Germany 90 minutes away. 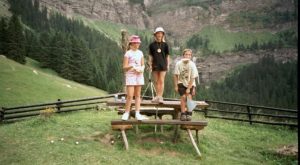 One thing that came through loud and clear, was that a pull for ‘home’ always exists.  Regardless of how much fun you are having, home is always there, calling you.  The main reason at this stage was settling the girls into a normal life through their formative years at school. 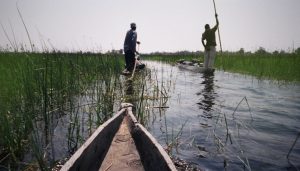 As Switzerland is on the opposite side of the world to New Zealand, going home was going to be an adventure regardless.  We decided to take the long way home, taking advantage of the end of the school year in the northern hemisphere and the start of the new year in the south… roughly six months.  So, what to do…?

We decided that backpacking as a family through Africa would do it, so we spent the next six months making our way back home via Kenya, Tanzania, Zambia, Namibia and South Africa seeing the big five up real close… maybe some stories another time.   We saw the gnu migration, came face to face with lions, slept in the evening animal path to the water hole, canoed on top of crocodiles and hippos and made a ton of new friends. 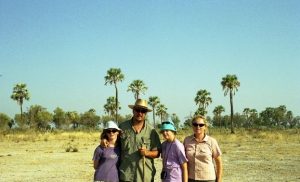 Then back through Mexico and the US for some recovery time before normality at home.

We even got a dog and two cats to make sure that we settled down.

But… I guess once bitten, it is hard to scratch completely.  Our first Daughter Francine decided to migrate north to University in the UK at 18, and Kate to the US to play basketball.

What to do? One of those unusual trips to visit the girls ‘half way’… in New York, on one of the coldest winters on record yielded another opportunity to work in the US.

We are currently settled in Seattle, WA and longing to be closer to our two wonderful girls.

Last year we had the opportunity to travel to Kamchatka, in Russia, two weeks of walking amongst bears and volcanoes. It was an awesome adventure and one that we actually trained for!  We walked over 15 miles a day going up and down mountains and wanted to make sure we enjoyed it to the fullest. 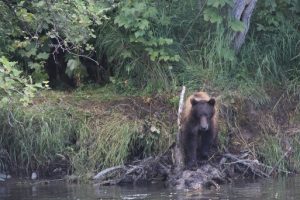 Adventuring is a funny business…  the next one is always the scariest… but when you have been bitten, it is hard to let go.  We taught our girls the wonderful world of travel, culture, languages and being out there.  We are paying the price seeing them take up their new lives head on, looking at the future in different parts of the world. 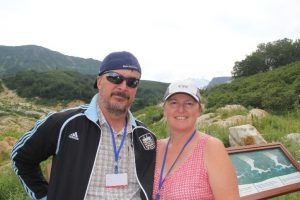 For us, well, it just becomes a darn good excuse to keep adventuring in our mid fifties… ‘home’ is getting harder to define, and it seems to change every time the four us are together… that is our only home… where ever we are together as a family!  I think we will have a few more homes in our future and we certainly look forward to adventuring just a little more.

So, are we adventurous? I guess that in context we probably are, but we don’t feel that way, we are simply doing what we love… being together, sharing experiences, travelling, meeting a lot of amazing people, learning every single day that our views are not always right and expanding our little minds one day at a time.

We realized a long time ago that the mortgage will always be there, the career will change, your friends will change, so why not do what you love.

China, Mongolia and Russia are calling… and that is certainly not something you do in a week or two…