I went to the woods because I wanted to live deliberately. I wanted to live deep and suck out all the marrow of life. To put to rout all that was not life; and not, when I had come to die, discover that I had not lived. – quote from Dead Poet’s Society 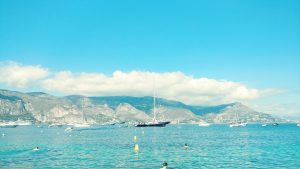 looking east along the Cote d’Azur towards Monaco

Returning to the States after a long stint abroad feels a bit like the image below, which depicts an object that originated outside the Earth’s atmosphere that crash landed and is being gazed upon by curious onlookers. No, really…we travel in a small container (planes nowadays…), we emerge from our capsule, bleary-eyed, to a land that seems equal parts familiar and strange, and we physically and mentally feel a little worse for the wear, much like the capsule below. I mean, for crying out loud, we left the blue waters of the Cote d’Azur (pictured above) for the blue sedans of the Costco parking lot (which we visited 2 days after coming home)!!! 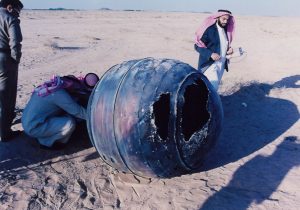 The letdown accompanying any return home is likely known to every single one of my eight readers.  And the reality is, no one wants to hear a sob story, especially when the key words involve any combination of ‘croissants’, ‘Alps’, and ‘Provence’. I mean, really, who can blame them? (I would be remiss if I did not note that, for us, this ‘letdown’ is somewhat lessened by the fact that we live in one of the most beautiful places on Earth with the most amazing friends and family one could ever ask for.)

If the return of an extended stay overseas is so rough, you might ask, why do we travel at all? For us, travel is our way of going against the grain and opening ourselves to the world – to cultures, to experiences, and yes, to food – and it has rewarded us by exceeding our expectations in every way.

What do I mean by ‘going against the grain’? I’m referring to the conventional wisdom, which usually implies that our choices in life should, at least in part, be accompanied by an ever-increasing nest egg of net worth. And the more ‘in your prime’ you are, the greater the pressure to live by this mantra. Our route through life is one of unquantifiable value, lived by a mantra best summed up by the quote at the outset of this post. 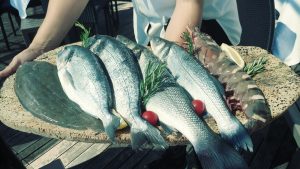 just some fresh-caught Mediterranean fish for our consumption!

And what we’ve found is that, when you have an open stance towards the world, the world welcomes you in turn, with open arms. What is the biggest takeaway after seven months travelling through Europe out of the last 14? It’s that exploring the world wearing the ‘backpack of genuine curiosity’, the ‘hat of seeking to understand others’, and the ‘fanny pack of no fear’ leads to daily kindness from strangers, and it often leads to those strangers becoming friends.

Or, it leads you to cleaning bird poop off a backpack on a sweltering day in Paris (NOTE: at least I’m not actually wearing a fanny pack!). 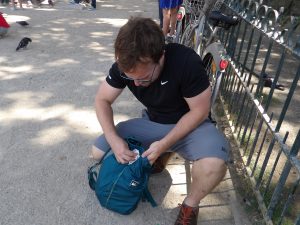 The adventures of Nate

If our only view of the world is through the nightly news or the Twittersphere, there is no other choice but to believe that the world is a scary, dark place. And there certainly are elements of that. By and large, though, individuals are filled with kindness, and all of us – no matter our country of origin – are connected in an ethereal way that defies explanation.

Have you found yourself closed off to the idea of travelling the world, thinking it is too dangerous, too expensive, too (fill in the blank)? I challenge you to open yourself back up and consider that trip that you’ve never taken. In fact, a strong argument could be made that the world needs you now – to become a traveler that contributes to cross-cultural connections, to initiate and accelerate additional perspective in your own life, and to share all of this with your friends and family. Can you imagine what the world would be like if we all did that? 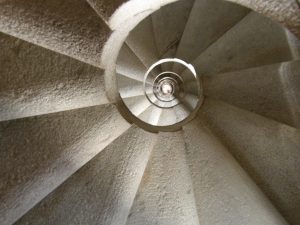 looking down (or up?) a staircase at Sagrada Familia in Barcelona

A Journey Down the Cote d’Azur

Of course, just because the travel ended doesn’t mean that the blogging must end! Let’s journey together through one of the most amazing slices of land in the world, shall we? 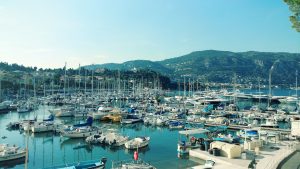 My previous post was written in our last few days in Paris, our favorite city on Earth. At that point we had watched over house and pets for three different families in three different countries – a French family living in Bavaria with a dog and a cat, an Austrian/Polish couple in Spain with a dog, two cats, and a turtle, and our two familiar cats in a Parisian couple’s flat. We hadn’t really experienced a significant amount of time without taking care of animals. So, in a sense, it was time to go on a vacation from our travels – one with minimal responsibility and maximum enjoyment! 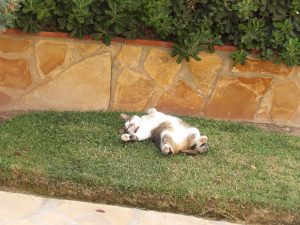 one of our kitties in Valencia

Enter our journey to the blue waters of the Mediterranean – and what would become one of our favorite places we’ve ever visited – Nice, France. 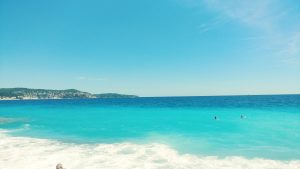 Nice, home of the bluest water we’ve ever seen

Nice is located on the Cote d’Azur (also known as the French Riviera) in the Southeast corner of France, only a few miles from the Italian border. The area is famous for the high-rollers and fast cars of Monte Carlo, the high rollers and film stars of Cannes…and well, basically high rollers everywhere. It is an exquisitely beautiful place with all the beauty of coastal California and the culture (and croissants!) of the French. With this in mind, it’s understandable that we were hoping for a nice romantic three nights in this lovely city.

How did the ‘romantic’ part go? I’ll let you be the judge. Our breath was taken away by the beauty of the coast on our descent into the Nice airport.  What happened after landing in Nice is not something I would ever recommend when trying to get your significant other excited about a romantic weekend. I (gulp) made the executive decision that we would walk all the way from the Nice airport to downtown (a 6km walk), whilst carrying ALL of our luggage. 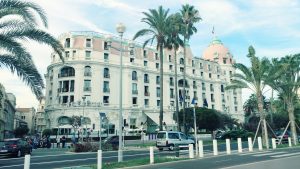 famous hotel on the Promenade

I knew that the walk would take us down the Promenade des Anglais (the famous walkway along the coast in Nice), and I reasoned that we would be able to find an amazing spot to stretch out and read a good book under the sun, a glass of delicious Rosé in hand. Let’s just say that it was a longer and less direct route than I expected, and for a while I wasn’t sure if I would be rewarded for my faith…

And, just when things looked bleak, we happened upon the most amazing beachside restaurant and beach you have ever seen! Immediately we were served that amazing local Rosé (which the entire region is known for) we were hoping for, had some delicious local cuisine, and set up on the beach for the remainder of the afternoon. So, did I learn a lesson? Not really! 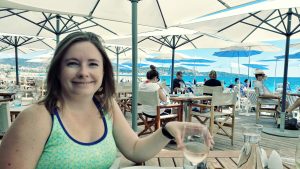 Sorry, I couldn’t help myself. We knew that Nice would be nice. We didn’t know that Nice would be magnificent (très magnifique in French). We knew about the endless beaches, but the Old Town area really stole the show for us. One night, on a tip from a local, we dined at the most exquisite family-owned restaurant we have ever experienced, Acchiardo. If you find yourself in Nice, you must go there. Call ahead – it’s incredibly popular. 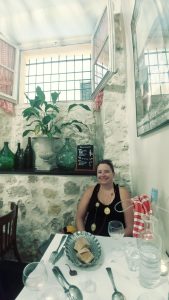 our favorite restaurant in Nice

It wasn’t just Nice that wowed us. One day, we decided to take a city bus along the coast eastward. For under $5 each we took a route that included a stop at the cutest town ever (Villefranche-sur-Mer), and eventually led us to a beach bar with a fantastic view towards Monaco. 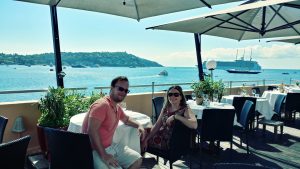 our lunch from our trip down the coast 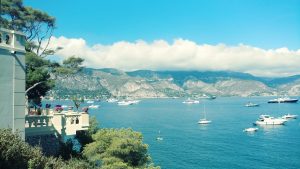 Even the most amazing places on Earth have something wrong with them. This is really a stretch when it comes to Nice, but there is my attempt at the top three (and only) complaints: 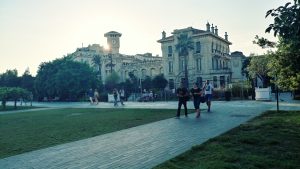 After three glorious days in Nice, we stopped in Cannes for one night. It was beautiful, but…well, see the ‘high rollers’ comment above. We ended with a picnic on the beach, never a bad decision in France! 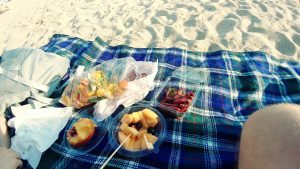 our picnic in Cannes 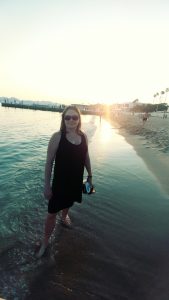 enjoying the beach at Cannes 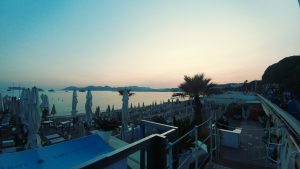 After Cannes, we turned inland towards the magical vineyards of Provence. But we’ll save those adventures for the next blog!